Providing our customers with the finest products and the best customer service has been our mission since our founding in 1890. That was the year when John R. Young began blending and delivering kerosene and fuel oil to homes and businesses in the village of Hendricks, which is about 4 miles down the road from our present location in Green Lane.

The first automobile wasn’t sold until 1893, so when our business began, there was no market for engine oil or automotive lubricants. The dominant method of transportation at the time was the horse-drawn buggy, and The Perkiomen Railroad, which reached Green Lane and in 1872, allowed easy travel to Philadelphia to the south and to towns such as Palm, Red Hill, and Pennsburg on its way north to Allentown.

Times changed quickly, however, and since 1890, Montgomery County’s population has grown steadily, equipment has become much more complex, and with every change in demand for home lubricants and industrial lubricants, John R. Young & Company has adapted and expanded to serve our customers. Today, John R. Young & Company is still an independent, family-owned business, and our loyal customers call on us for lubricants, lubricating equipment, and products that range from synthetic oil to windshield wiper blades to grease cutters.

The Phillies finished third in the National League. Their top pitcher, Kid Gleason, had a record of 38 & 17, throwing 54 complete games in 55 starts and pitching 506 innings. (In 2016, the major league leader had 230 innings pitched.)

Army and Navy met in football for the first time, and Navy won 24-0. 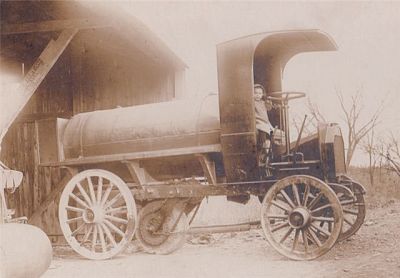 An ambitious young man named John R. Young founded a kerosene and fuel oil business that has grown and diversified and has now served customers for more than 125 years.

Changing with the times is a necessity for every business, and our company has always exhibited great dexterity in adapting to shifting technologies and markets. We’ve always positioned ourselves to offer customers the products and services that they need. Here’s a brief sketch of John R. Young & Co.’s development and growth since 1929: 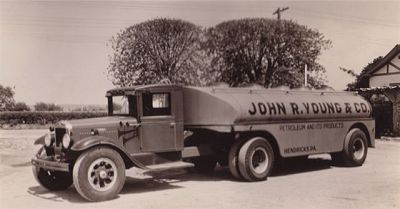 John R. Young and Co. became one of the first distributors of Pennzoil and installed the first electric service station pump between Allentown and Norristown, Pa.

As the need for heating oil increased, John R. Young and Co. constructed a bulk storage plant, providing 1.4 million gallons of storage. The need also grew for service and installations of heating equipment, and our Service Department was established.

In the early 1960's we adapted our logo into our present Y logo. At that time, our main line of business was just fuel oil. The change in our logo started with the simple “wise as an owl” theory, and evolved because at that time we were beginning 24-hour service. With owls mainly being active in the night hours, the company wanted to portray John R. Young and Company as a wise old owl standing guard over your home, keeping you warm while you sleep. The fact now that our company has remained strong through today’s fifth generation is a simple reminder to us partners that we are the same family company that everyone in the community has come to trust.

John R. Young & Co’s Petroleum Division merged with Fred K. Kleinbach Sons, Inc. to become Young’s Petroleum. The joining of two family-owned and operated businesses has strengthened our company and the services we provide to our customers.

Today, our company is one of the oldest family-owned and operated businesses in the Upper Perkiomen Valley, and continues to be run by the fourth and fifth generations of the Young family. We are continually adapting to the times and the needs of our customers to provide them with quality products and services, cleaner burning fuels, and equipment that will provide higher efficiency to save on energy costs. Our focus continues to remain on: